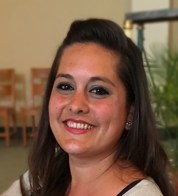 Molly Casanova grew up in Simi Valley, California as the third oldest of Richard and Margaret Casanova’s eight children. She is a product of Catholic school, beginning at Saint Rose of Lima Catholic School in Simi Valley, California. She continued to Bishop Alemany High School in Mission Hills, California. After high school, she attended the University of Notre Dame where she earned her Bachelor of Arts degree in Psychology with a minor in Education, Schooling and Society. During her time at Notre Dame, she developed her passion for teaching and leadership through her involvement in the Farley Hall leadership council, Notre Dame Women’s club soccer team as president, Notre Dame Special Olympics club member, Fulbright Brazil Research team member as a novice teacher, and teacher’s assistant at Saint Joseph Catholic School as well as in a special education classroom environment.

After graduation, she joined Partners in Los Angeles Catholic Education (PLACE) program at Loyola Marymount University in Los Angeles, California. Through this program she received her Masters in Education and Multiple Subject Teaching Credential. She taught at Saint Bernard Catholic School in Glassell Park, California during her PLACE Corps years and continued there for the following three years as the second grade teacher. During her time at Saint Bernard she became involved in various roles such as athletic director, coach for various sports, summer enrichment camp program director for two summers, Glassell Park Neighborhood Council community liaison, sacramental preparation and religion coordinator, and Catholic Communication Collaboration (C3) presenter for two summers. For the 2015-2016 school year she was appointed as a vice principal. In addition to her involvement at Saint Bernard, she has also been a member of the Archdiocese of Los Angeles religion standards committee who has worked together to develop and evaluate updated religion standards for the diocese.

She is eager to continue her growth and development in Catholic leadership as she joins the first cohort of Onward Leaders. She is thankful for the opportunity to use her experiences to continue to develop as a model in faith, service, and academic excellence to impact the catholic community and help form disciples of Christ and young leaders of faith.
Kevin Donohue
Saint Anne Mission, Santa Monica 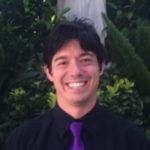 Kevin Donohue grew up in Tampa, Florida. He attended Christ the King Catholic School and then continued onto Jesuit High School. With this foundation in Catholic education, he went onto the University of Notre Dame, earning his degree in History. Following his graduation, he joined the Alliance for Catholic Education, worked as a fifth-grade teacher at St. Michael’s, and earned his Masters in Education. After graduating, he joined the staff at Notre Dame Academy in San Diego as a middle school teacher before joining St. Bernard back in Los Angeles. At St. Bernard, Kevin worked as a middle school teacher, technology coordinator, and vice principal. He is honored and excited to join Onward Leaders and continue his growth. Kevin looks forward to helping the community grow in constructing a faithful and just society, in accordance with the love of God.
Angelica Izquierdo
Our Lady of Guadalupe, East Los Angeles 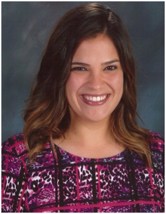 Angelica Izquierdo grew up in Diamond Bar, California with her parents, sister, and brother. Her passion for Catholic education began when she attended St. Angela Merici School in Brea, California. Angelica continued onto Rosary High School and the University of San Diego. In San Diego, she received her degree in Elementary Education with a focus on Literature and Special Education, and her California Multiple Subject Teaching Credential. Angelica joined the PLACE Corps at Loyola Marymount University. During her two years in PLACE Corps, Angelica taught fourth grade at St. Thomas the Apostle School and received her Masters in Special Education. Upon graduation, Angelica began teaching second grade at St. John Chrysostom in Inglewood. She also served as the Director of the Summer Academy and the Vice Principal while earning her Masters in Catholic School Leadership and Administration at LMU. After four years in second grade, Angelica began teaching in the Junior High as the sixth grade teacher. She is excited to continue her journey in Catholic education in the first cohort of Onward Leaders. Angelica looks forward to providing her students with a learning experience that is meaningful and valuable and allows a child to know and understand the love of God.
Janice Mendez
San Miguel, Los Angeles 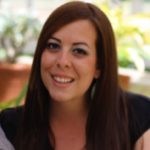 Janice Mendez grew up in Hacienda Heights, California with her parents and two sisters. Her Catholic school journey began in High School when she attended Bishop Amat Memorial High School in La Puente. She continued on to receive a Bachelor of Arts in Child Development from Whittier College. Upon graduation, Janice worked as a 5th grade teacher at St. Thomas Aquinas School in Monterey Park. She then made the leap to High School English at Pomona Catholic High School. While working at Catholic schools, Janice completed a Master of Education and a Multiple Subject teaching Credential at Loyola Marymount University. After teaching for 7 years in the Archdiocese, she accepted a position as a Reading Specialist with Onward Readers. She brings a wealth of knowledge in working with students of various ages, from elementary to college. She currently teaches Child Development classes at Mount San Antonio College as an adjunct professor. Janice is excited to continue her journey in Catholic education in the first cohort of Onward Leaders. She looks forward to learning and growing in order to become a successful administrator and continue her service in the Archdiocese of Los Angeles.
Karina Zamora
Saint Turibius, Los Angeles 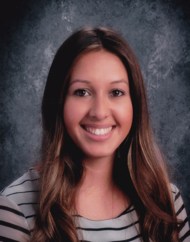 Karina Zamora grew up in La Puente, California with her parents who instilled her strong foundation of faith and value in education. Throughout her secondary education, Karina grew a love for science, which led her to pursue a degree in Natural Science with a minor in Biology from Loyola Marymount University (LMU). As a first generation college student, Karina involved herself in mentoring students on college preparation. Her love for science and passion to help students discover their potential and develop their own love for learning drove her desire to become a middle school teacher. Upon graduating from LMU, Karina was accepted into Partners in Los Angeles Catholic Education (PLACE) Corps, a LMU two-year teaching corps program. During her two years in PLACE corps, she served San Miguel Catholic School in Watts, CA, as the 6th-8th Math and Science Teacher and received a Master of Arts in Secondary Education and a California Single Subject Teaching Credential. Upon completing PLACE Corps, Karina continued to serve San Miguel Catholic School as the Junior High Math and Science teacher and Dean of Curriculum. At San Miguel, Karina coordinated a school wide science fair now entering its’ fourth year. Karina also served as the Assessment and Math Teacher Leader who helped support the implementation and analysis of the STAR assessments and Math Common Core State Standards. Karina is grateful for the opportunities that she has been given in life and knows that she owes them all to God and her parents for setting that foundation. Karina looks forward to learning and growing with a community in order to best support students in the development of their own faith and academic excellence. As she moves forward to the next chapter of her life, Karina feels blessed to be able to continue to serve Catholic Education as a part of the first Onward Leaders cohort.