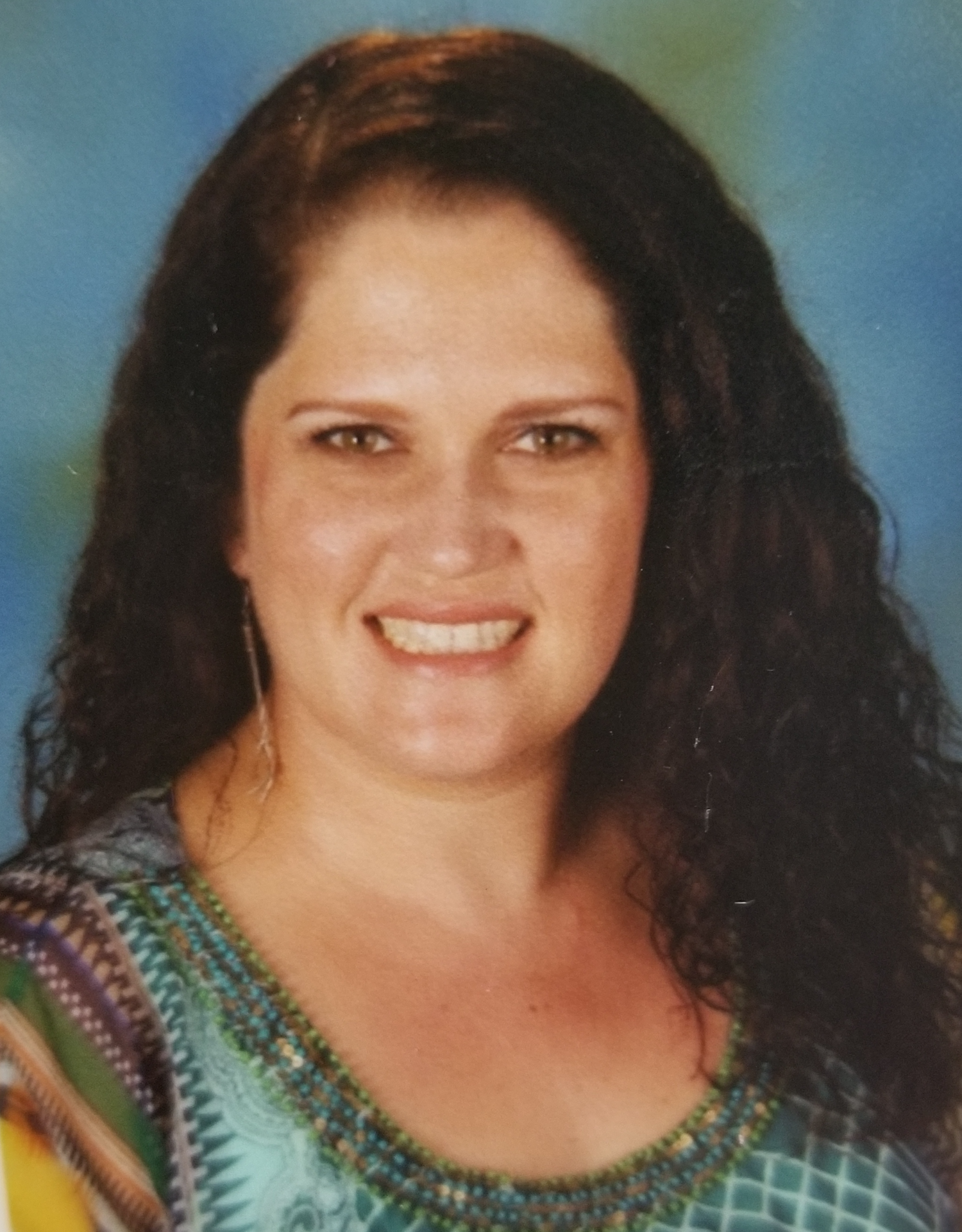 Heather Murphy-Garcia grew up in San Francisco and attended catholic school from K-12. She graduated with honors from UC Santa Barbara with a major in Environmental Studies and a minor in Global Peace and Security.  After graduating, she joined the Americops National Civilian Community Corps and was stationed in Denver, CO, but worked a 13-state radius on educational and community projects such as habitat restoration and disaster recovery.


In 2000, she moved to Los Angeles to teach middle school science at Immaculate Conception School (ICS) in the Pico-Union.  Although she loved the classroom, she had intended to only work as a teacher for two years to prepare for the Urban Planning masters program at UCLA.  She had lots of great adventures studying international development- from microbanking in Puebla, Mexico to interning at the U.N. in Mexico City- but she missed the classroom and especially missed the students of Immaculate Conception School. Although she had a masters in Urban Planning from UCLA, her heart lead her in another direction.  She called Immaculate Conception to see if the principal, Mary Ann Murphy, needed a middle school teacher. That was in 2005 and she hasn’t regretted it for an instant.

Heather has been the curriculum director and intervention coordinator since 2010, as well as part-time middle school teacher. She has added on another MA, and several certificates (Technology Integration, Instructional Leadership, as well as a soon-to-be-finished certificate in Blended Learning), but every day is a opportunity to learn and serve the community in the Pico-Union.  Juggling work at ICS and two children (the youngest of whom is at in preschool with her at ICS) keeps her more than busy, but catholic education is her vocation and 18 years has shown her that it is the best way to empower those in poverty to become forces for change. 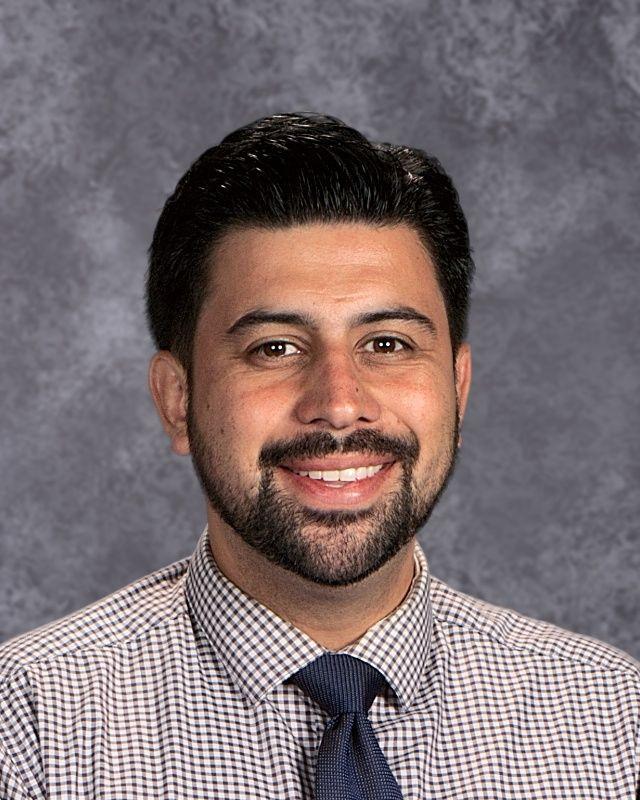 Julio Esparza grew up in Lennox, California and where his journey in education began.  He was able to gain valuable experience in different classroom settings while working at the Lennox School District. It was here that his passion for education was sparked and has gone strong for more than twelve years. During this time, Julio attended California State, Long Beach and received a B.A. in History along with his single-subject teaching credential. It was then while working with special needs students at Switzer Learning Center, Julio saw the value of strong leadership and the impact of a school with a vision that motivated him to earn a Masters in Administration at Pepperdine University. Julio received the opportunity to work in the Catholic education system at St. Gregory Nazianzen for five years and transitioned to St. Cecilia for the 2017-2018 school year. Under the tutelage of amazing principals, Linda and Norma Guzman, he continued to learn to be a better teacher and saw firsthand the drive and vision it took to be a leader in the Los Angeles Archdiocese.  Julio is honored to have the opportunity to be part of the Onward Leaders program which is committed to leadership instilled by honesty, integrity, faith, and community.
Donald Green
Assistant Director of Christian Services - Santa Margarita High School, Orange County, CA
Resident Placement - St. Lucy School, Long Beach 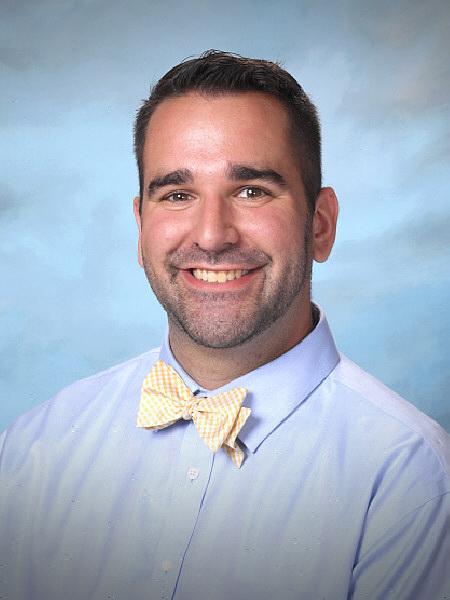 Donnie Green grew up in Cleveland, Ohio as the youngest of 4 children. He is the product of  19 years of Catholic education. He began by attending Incarnate Word Academy and Saint Ignatius High School. He then went on to Saint Louis University where he studied Media and  Journalism and Sports Business. Upon graduating from Saint Louis University, Donnie felt a call to return to his alma mater for a year of discernment and community service. He was accepted into the Alliance for Catholic Education (ACE) at the University of Notre Dame, and earned his Masters in Education. During his two years in ACE he taught 4th grade and coached at Saint Justin Martyr in Anaheim, CA. After graduating from Notre Dame, Donnie moved to Maryland, where he worked as the Associate Director of Campus Ministry at Gonzaga College High School in Washington D.C.. After two years in Washington D.C., he discerned the call to return to the classroom. In his most recent position, he taught first through eighth grade religion at Our Lady of Fatima in the Archdiocese of Los Angeles. Donnie looks forward to being able to connect with the entire school and parish community, as they work together to create a positive learning experience for everyone.
Melinda Nassar
Principal - St. Bridget of Sweden, Van Nuys, CA
Resident Placement: Immaculate Heart of Mary, Los Angeles 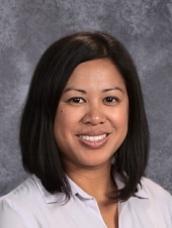 Melinda Nassar was born and raised in the San Fernando Valley with her two siblings and parents. Melinda started her Catholic education at Our Lady of the Holy Rosary School and continued at Bellarmine-Jefferson High School. She earned her Bachelor’s Degree in English Literature from California State University, Northridge, and Master’s Degree in Elementary Education and Multiple Subject Teaching Credential from Loyola Marymount University. She later earned her Clear Credential at Mount St. Mary’s College. It was as a second grade student at O.L.H.R. that she realized she wanted to be a teacher. Her journey led her back to Our Lady of the Holy Rosary School as a teacher. There she served in kindergarten for two years, first grade for ten years, eighth grade homeroom and middle school language arts and social studies for three years. While teaching, she also served as vice-principal for four years. Melinda served as Student Council moderator, testing coordinator, and mentor teacher. She was a member of the school board, leadership committee, marketing committee, and WASC visiting committees. She also had the opportunity to coach volleyball and basketball for students from grades 4th through 8th.

Melinda believes in the importance of faith and education, and instills that in her own two children. She has faith God is guiding her through this journey, and looks forward to lead and serve in Faith, Excellence, and Stewardship. She is excited and honored to be part of Onward Leaders Cohort 3, and recognizes this as an opportunity to learn and grow to better serve our students.
Jessica Reddick
Principal - Holy Cross STEM, Ventura, CA
Resident Placement: St. Turibius School, Los Angeles 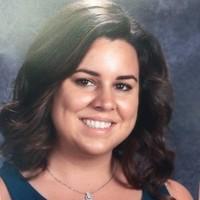 Jessica Reddick grew up in Los Angeles with her parents and her younger sister. Her experience with Catholic education began when she attended Marymount High School in Los Angeles. After high school, Jessica received a B.A. in political science and communication from Tulane University in New Orleans, LA. During her time in New Orleans she found her passion for teaching from her volunteer work at local elementary schools.

After graduating from Tulane University, Jessica returned to Los Angeles to pursue her passion for education at Loyola Marymount University. She was accepted into Cohort 11 of LMU's Partners in Los Angeles Catholic Education (PLACE) Corps, a two-year teaching program. Through this program Jessica earned her M.A. in Elementary Education, and her Multiple Subject CA credential. Jessica’s placement was teaching second grade for three years at Our Lady of Talpa School in Boyle Heights, where she was a Grade-Level Coordinator, and she also coached middle school volleyball. She then transitioned to St. Lawrence Martyr School in Redondo Beach, where she taught third grade. During her time at SLM, Jessica also served as the elementary Math and Science Teacher Leader in a partnership with LMU's Center for Math and Science Teaching (CMAST), through which she helped lead the school's implementation of Common Core Math Standards (CCMS) and Next Generation Science Standards (NGSS). She now teaches at KIPP Comienza Community Prep in Huntington Park, where she is the 2nd-4th grade Science Teacher. Jessica is excited to return to Catholic education as part of Cohort 3 in the Onward Leaders Program. She looks forward to continuing her learning and growth with this cohort.