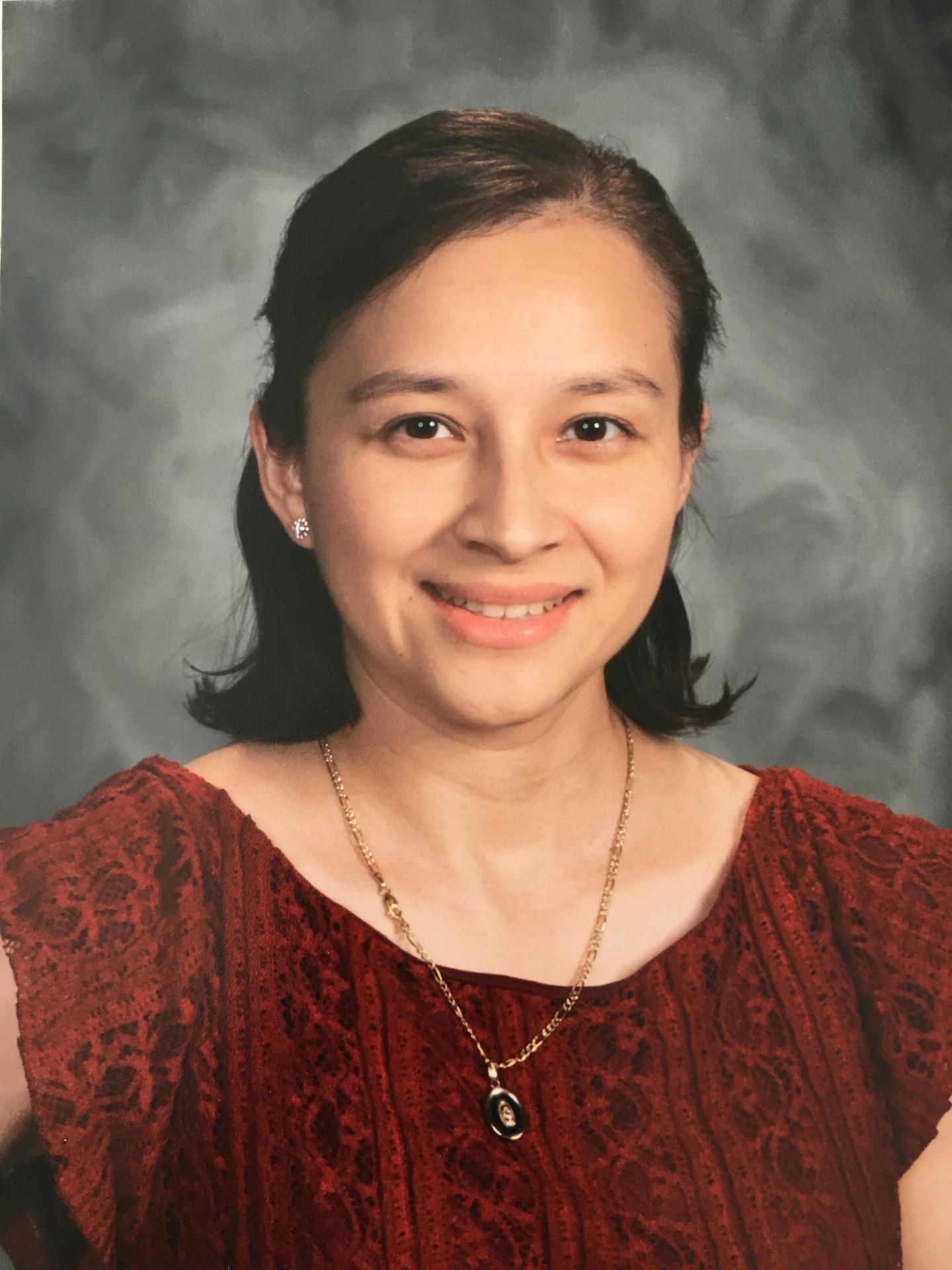 Alexandra Aceves grew up in the San Fernando Valley in California. She completed her K-12 education in public-schools and then continued her educational journey at Mount St. Mary’s University (MSMU). There she developed a love for the rigorous academic program it offered along with a freedom to express and deepen her faith. At MSMU Alexandra earned a Bachelor’s Degree in Liberal Studies and an emphasis in mathematics along with a Multiple-Subject teaching credential. Wanting to give back to her community, Alexandra returned to the San Fernando Valley and taught grades K-8th at Los Angeles Unified School District, charter schools, and private schools for twelve years. With a desire to continue to grow and better serve students, Alexandra returned to school and earned her Master’s Degree in Learning and Curriculum from Cal State University, Northridge. Alexandra served as grade level chair, National Junior Honor Society coordinator, Support Team Education Plan coordinator, sacramental preparation teacher, and mentor teacher.

In 2018, Alexandra served as principal and a WASC visiting committee member. As principal and with the help of the Archdiocese of Los Angeles, Alexandra was able to enrich the student, teacher, and parent experience by introducing to the school: a closed campus to ensure student safety, student mandated health screenings, incorporating the Catholic Communication Collaboration (C3) Ignite program, upgrading the Wi-Fi infrastructure, funding a new school roof, presenting Core Instructional Practices (CIP)  training for teachers as well as Cardiopulmonary Resuscitation (CPR) training, hosting Virtus classes and fingerprinting opportunities on campus for parents, offering an online student information system to help parents and students stay informed, as well as a tuition financial management program to provide flexible tuition payment plans to parents and improve accounting processes. Alexandra is grateful and looking forward to be part of the fourth cohort of Onward Leaders as it will allow her to work side by side with colleagues and continue learning. She aspires with the help of God to inspire students and families to pursue their dreams because she firmly believes education can help make them a reality. Alexandra is grateful to her parents for the gift of education. 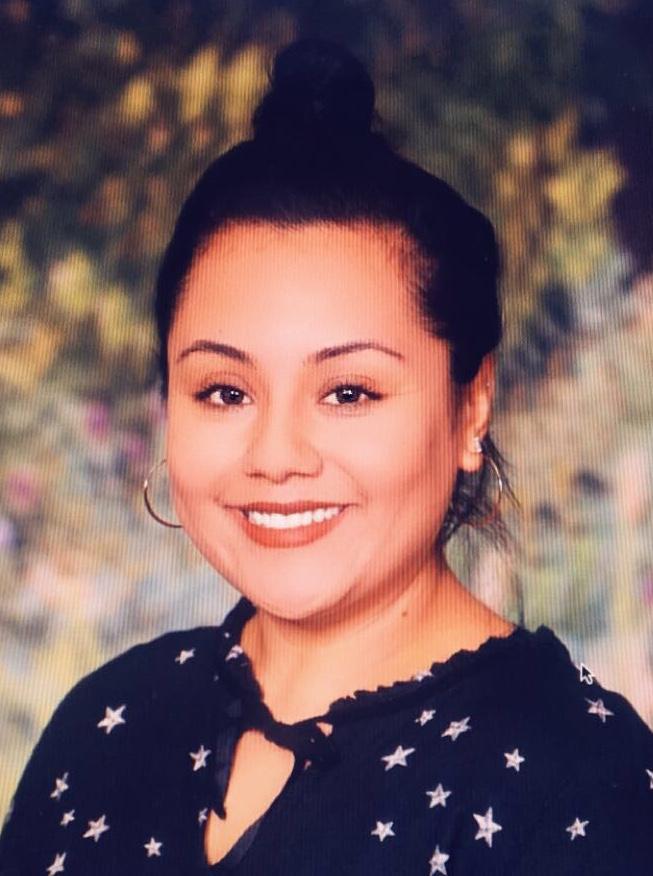 Alejandra Alvarez grew up in a Catholic household where she always attended mass on Sundays with her family. Catholic values were instilled at a young age, and although she never attended Catholic school, her education and experiences would lead her to pursuing a career in Catholic education. She attended Cal State Long Beach where she graduated with her Bachelors in Liberal Studies with a Multiple Subject Credential and BCLAD Credential; she then completed her Master’s degree in Dual Language Development in 2012.

The summer after she graduated, she had the opportunity to work with low income students with diverse backgrounds where she utilized her Masters degree to its potential and began working for a  non-profit after school program. She worked with donors, community members, and the CEO in order to bring awareness to what students were in need of. She began building relationships with donors and community members and soon began to raise money for the non-profit. She also worked closely with city officials and community members for over six months to build a new park for the neighborhood her students lived in. While working there she developed her passion to closing the achievement gap for low income students.

After a few years, she sought a teaching position and began working at St. Aloysius as the Middle School Science/Social Studies teacher. She then received the opportunity to go back to school to Loyola Marymount University in order to complete the Integrating Technology Certificate Program for her school. She also began a two year program with Loyola Marymount University in Blended Learning. She has been the Blended Learning Coordinator and STEM leader at her school for the past few years. She has  also been a part of the WASC visiting Committee and helped write the WASC document for her school. She thanks St. Aloysius for believing in her and always allowing her the opportunity to grow as a professional. Alejandra looks forward to creating a positive impact for the community, as well as empowering the youth to become leaders in society. She believes that all things are possible through Christ and is grateful to receive such a wonderful opportunity to be part of this Cohort. 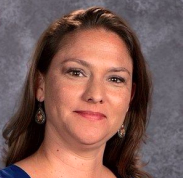 Adriana Bronzina found her passion for education in her final year of studies at UCLA when she volunteered at St. Malachy Parish School in South Los Angeles.  She became a full-time first grade teacher upon graduation and in her three years there helped to establish an after-school tutoring and support program. She continued to teach first grade at Our Lady of the Miraculous Medal Parish School in Montebello for another three years where she also served as the Curriculum Coordinator.  In 2006, Adriana felt called to continue her vocation by working with older students and spending the next eleven years at Salesian High School in Boyle Heights where she served as an English and Religion teacher, Curriculum Coordinator, and, eventually, the Assistant Principal of Academics. She continued her work with older students helping to develop student support programs and academic growth initiatives at Pius Matthias Academy in Downey where she has served as the Dean of Student Success for the last two years.

Adriana feels blessed to be a part of the Onward Leaders community and thrilled to return to her elementary roots.  She hopes to bring her experience teaching and supporting high school students in their journey toward college readiness to her work at the elementary level.

She believes that no matter the age of the student it is through a strong and challenging Catholic education and a loving school community centered on faith, that our young people will flourish and be equipped to face the unique challenges that confront them today.  She is committed to being a part of the success and growth of our Catholic schools in Los Angeles. 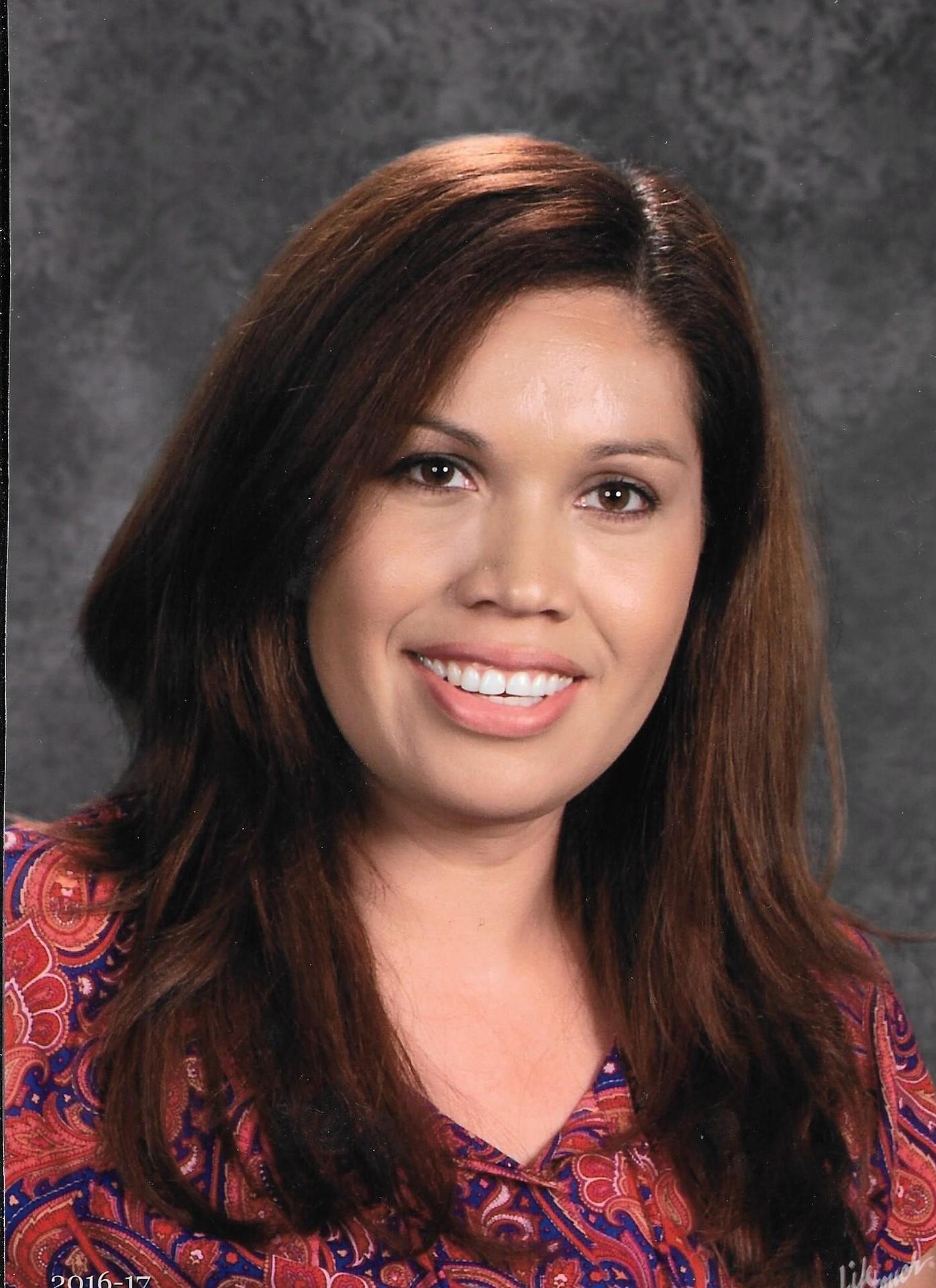 Martha D. Flores is a first generation immigrant. She was born in Mexico and immigrated to California with her family in 1991. She comes from a family of 6 siblings; 3 brothers and three sisters. As a child, she grew up in the South Bay area and attended public school. Her parents, especially her father, instilled her love for education at a young age. Martha became the first one in her family to graduate high school and go on to college to earn a degree. Being an inspiration for the rest of her siblings, she continued to further her education. In 2008, Martha graduated and received a Bachelor’s Degree in Liberal Arts along with a Multiple Subject teaching credential from California State University Dominguez Hills. Soon after graduation, she began working as a substitute teacher for Los Angeles Unified School District.  For two years she worked with elementary school children and children with special needs. Her passion for Catholic Education began in 2009 when she was called to teach at St. Raphael School in South Central, Los Angeles.

Martha’s experience at St. Raphael helped her strengthen her faith and love for Catholic Education. During this time she helped 2nd graders grow in their faith by preparing them to receive the sacraments of Reconciliation and Holy Eucharist. Martha also gained valuable experience at St. Raphael School as STAR coordinator, lead teacher, member of the WCEA/ WASC leadership team and junior high decathlon team coach. During her teaching time at St. Raphael, she also served as Vice-Principal for three years. While at St. Raphael, she decided to pursue a Master’s degree and in 2012 she obtained a Master’s in Education from Mount Saint Mary’s College in Los Angeles.

Martha taught at St. Raphael for ten years before deciding to join Onward Leaders. She is honored and excited to be part of this excellent program that will prepare her to become a better leader, so that she may continue to do God’s work in her community. She is very thankful for the opportunity and looking forward to this new journey. 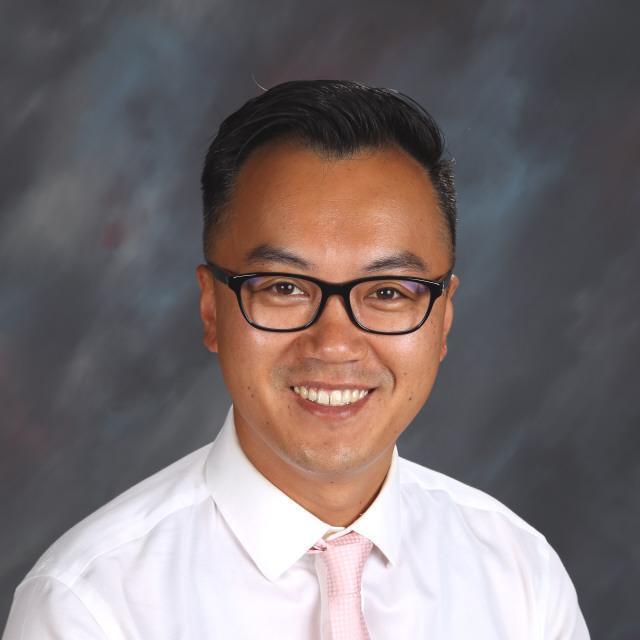 Francisco Lim was born and has lived in Southern California his entire life. He is the product of LAUSD schools. Upon completion of high school, he entered St. John  Seminary College. At the seminary, he majored in Philosophy and English with a minor in Theology and Religious Studies. After discernment, he felt that he was not called to the priesthood and withdrew from the seminary. He was given an opportunity to work at St. Mary Magdalen / Holy Spirit School in Los Angeles as the technology instructor. After one year, he became the 7th grade teacher in a self contained classroom.  During this time, he attended Loyola Marymount University for his Master in Education and credential. After nine years at St. Mary Magdalen / Holy Spirit School, he joined the faculty at St. John Chrysostom School. He worked as the Math instructor for three years and then became a full time vice principal for two years.

Francisco is grateful to the SMET Foundation and Onward Leaders for the opportunity to participate in the Onward Leaders Program. He is excited about growing in knowledge and experience with his fellow cohort members for the sake of educating and guiding students. 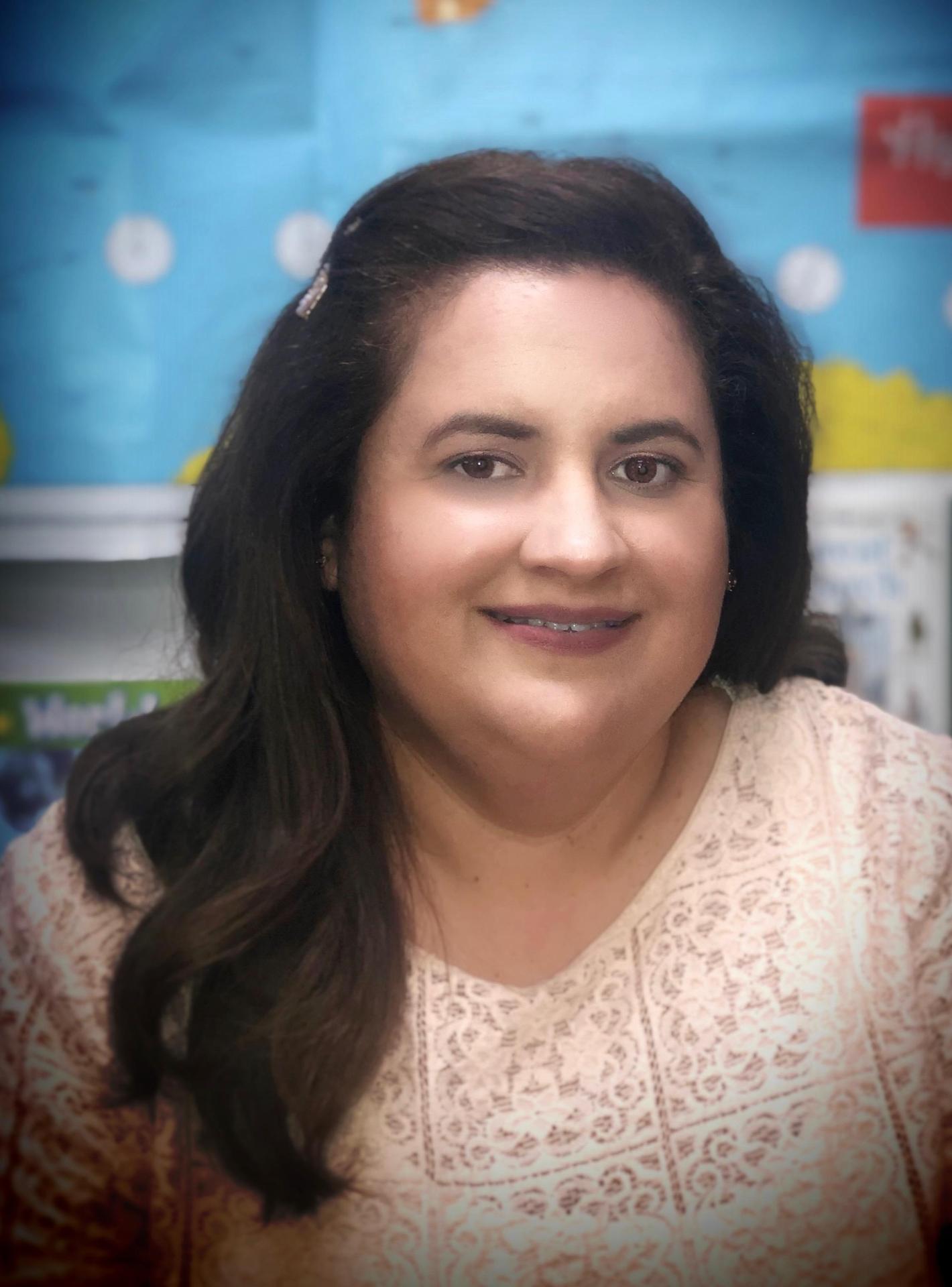 Jacqueline Reyes grew up in Los Angeles and Carson California with her parents, sister, two brothers, and her twin.  Her passion for faith was ingrained since birth by her mother and grandmother who raised her in the Catholic Faith. Her grandmother had the passion to pass on faith and tradition with her teachings and her life experiences.  Her mother was the Director of Religious Education for twenty-five years and helped Jacqueline develop her relationship with God. This has served Jacqueline as the foundation to serve her calling in Catholic Education for the past eighteen years.

Jacqueline graduated with a Bachelor of Arts in Child Development from Mount Saint Mary’s College.   She started her journey in Catholic Education at Ascension Catholic School in Los Angeles where she had been a parishioner since the age of five.   Serving her community has been one of the most fulfilling experiences. While working at Ascension, she attended California State University, Long Beach where she received her Masters of Education Specializing in Early Childhood Education.  She continued her journey to Saint Bernard School in Bellflower. She assisted the principal with the opening and operation of the state licensed preschool. She is currently the Kindergarten Teacher, Preschool Director, and Vice Principal. Wearing many hats at Saint Bernard has helped her develop diverse leadership skills and become a cooperative relationship developer.

Jacqueline looks forward to continuing her service to Catholic Education and professional growth with Onward Leaders Cohort 4.  She is excited to collaborate and learn how to become a Catholic School Leader who will be inspirational and passionate. She is grateful for this opportunity and can not wait to see what the future holds.