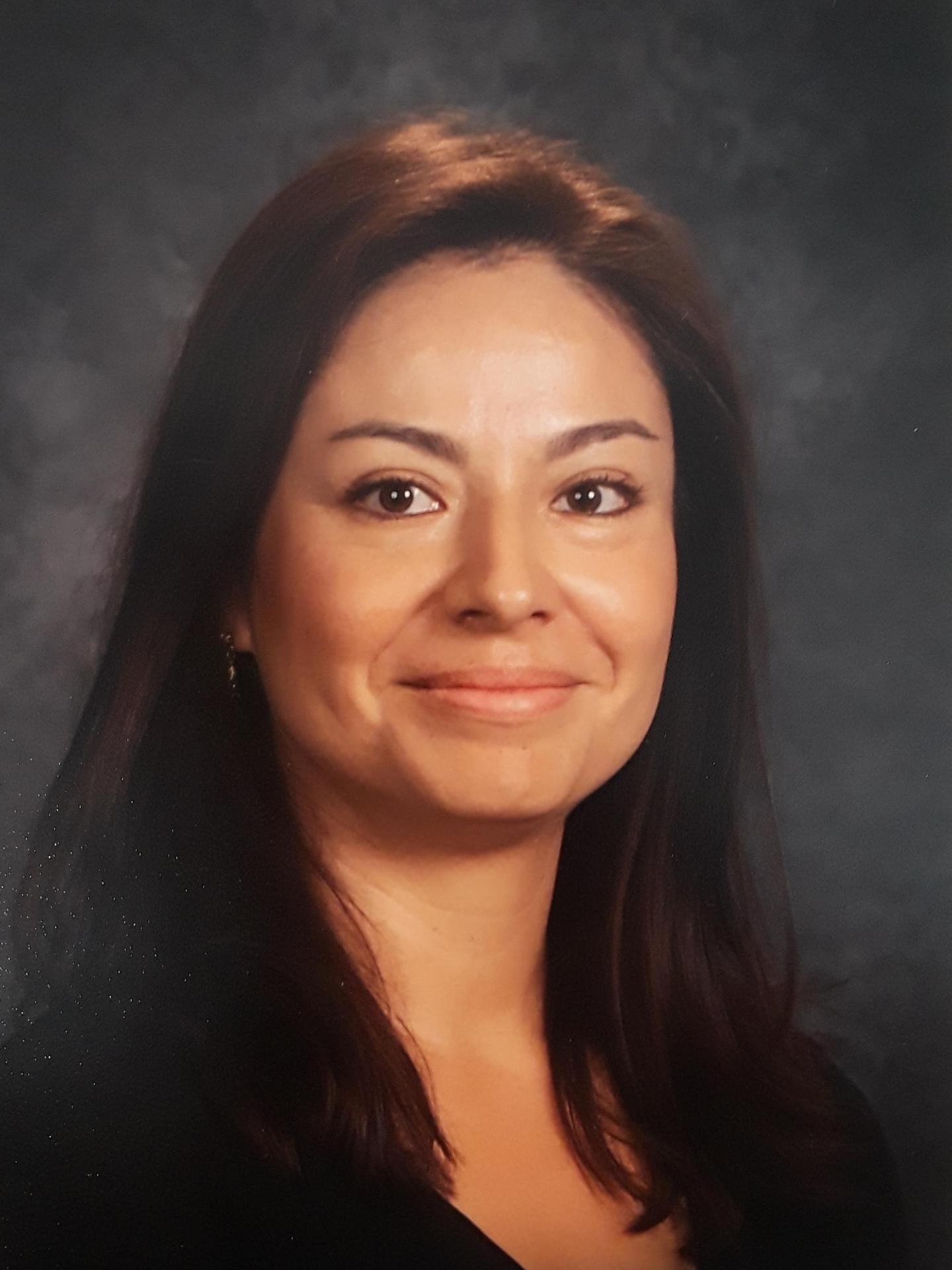 Monica (Alvarez) Lucariello was blessed to have a strong faith-based educational foundation having attended St. Mel Catholic School in the San Fernando Valley. She went on to graduate from UCLA with a major in Sociology and a minor in Spanish.  Afterwards, Monica attended graduate school at Pepperdine University to study for her Master’s Degree in Education and Multiple Subject Teaching Credential.

Shortly after graduate school, Monica packed her bags and moved across the world to the exciting city of Hong Kong.  For the nearly 10 years there, she had the wonderful opportunity to work in several international schools as an Early Childhood educator, a Kindergarten teacher and a 1st grade teacher.  She saw first-hand how dual language schools work and was able to immerse herself in the international culture and life in Hong Kong.

Before moving back to Southern California, Monica also lived and worked in Italy.  She was an English language teacher in two middle schools in Northern Italy.  She had the pleasure of working with 100s of students a day and fostering their curiosity about languages.  Monica was able to see the education system in two very different parts of the world.  A calling to teach in a Catholic school, where she had her educational beginnings, led Monica to St. Bernardine of Siena in Woodland Hills.  She taught the 5th grade class for four years and strived to prepare them for the rigors of Junior High.  While at St. B’s, Monica served as STEP Coordinator for the school, a part of a WASC visiting committee team, and a member on the Holy Triduum planning team.  Her reconnection to Catholic education has allowed her to grow deeper in her faith and in her desire to grow in her leadership in Catholic schools. 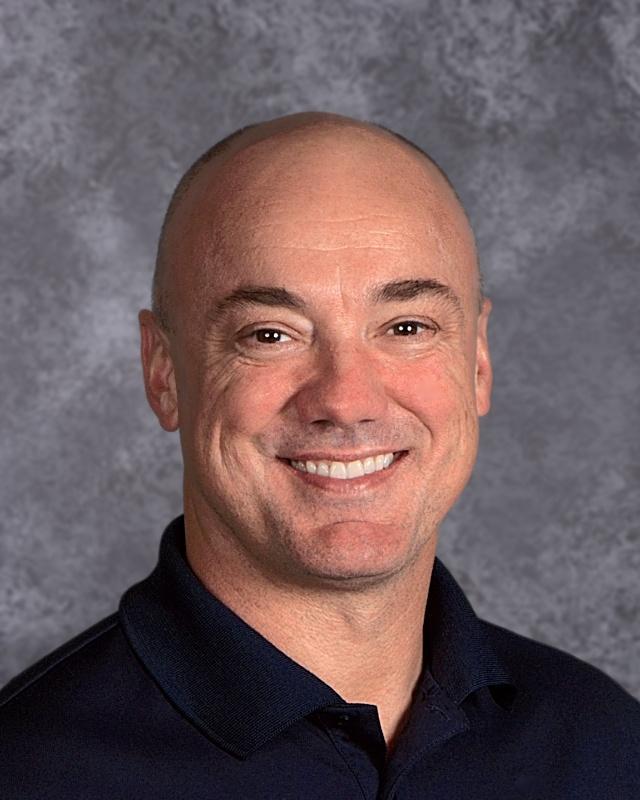 Roger spent his formative years in Indiana. He attended the University of Central Florida where he also played football for the Knights. He graduated with a Bachelor’s degree in Social Science Education. Roger recently received his Masters degree from Western Governors University in Management and Leadership. Roger is in his sixth year as an administrator in Catholic education. Prior to joining the Onward Leaders Program, Roger was the Assistant Principal at St. John Paul II in Burbank and the Director of Marketing and Admissions at Santa Clara High School in Oxnard. He has also served as a teacher, mentor, club moderator and coach. Roger and his family are immersed in Catholic education. His wife of seventeen years currently teaches Fifth grade at St. Finbar School in Burbank where his son and daughter also attend. Roger is grateful for the opportunity to join this wonderful program and continue his growth as an educator and leader. 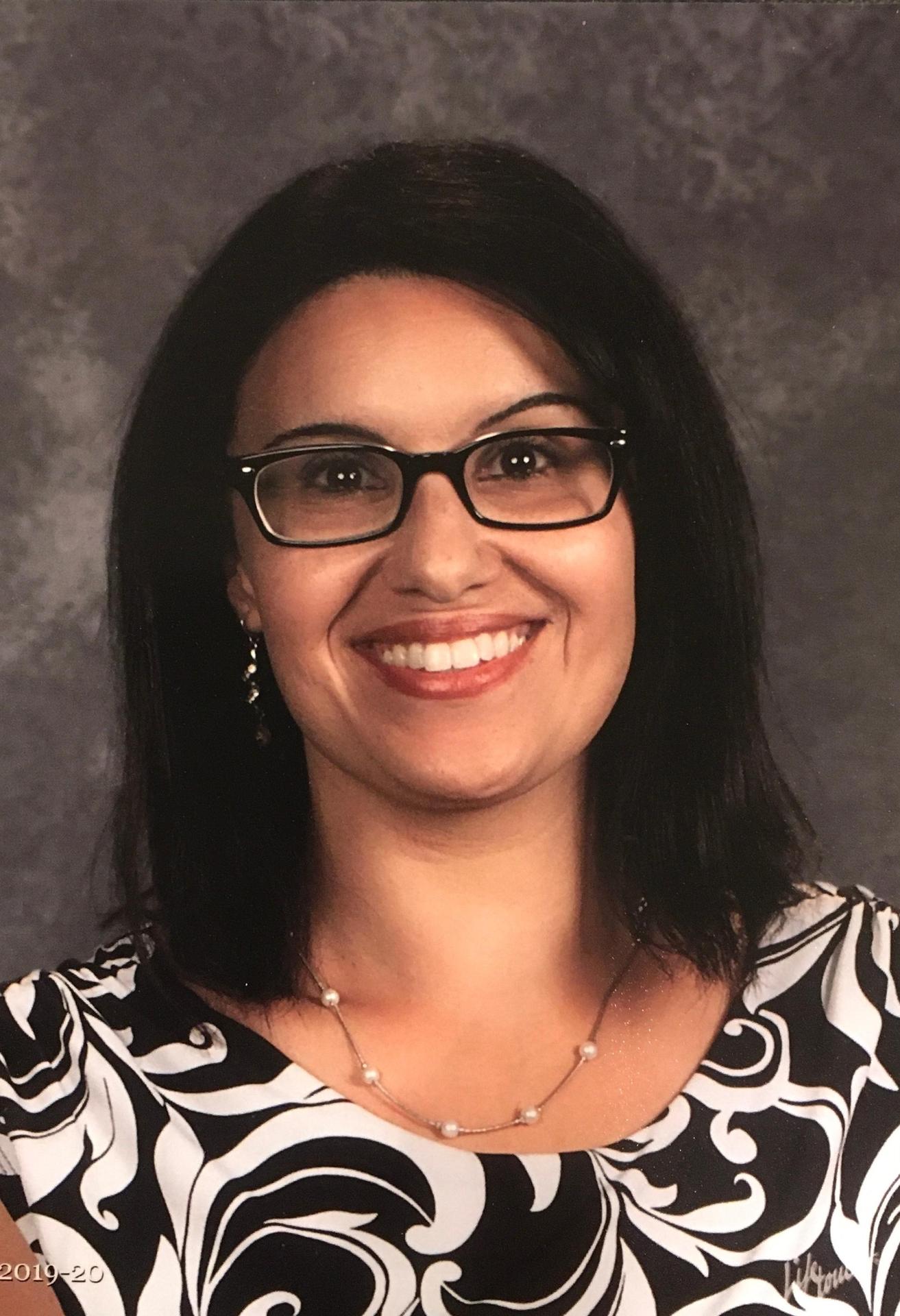 For Miriam Rojas, faith has played a central role in her upbringing. Miriam is a first generation Egyptian-American. Her family’s experience as a religious minority in a non-Christian country served to strengthen the family’s commitment to Catholicism. Due to this experience, Miriam’s family immigrated to the United States and felt blessed to be able to express their newfound religious freedoms. Her parents were so devoted to their faith that they encouraged Miriam to continue her Catholic education beyond elementary and high school, leading her to Loyola Marymount University for college and Mount Saint Mary’s University for her post-graduate studies.

Miriam’s experience as an educator began working with children with special needs and she soon found herself in a Catholic school once again; this time as a teacher. Miriam has taught for 15 years in all grade levels in Catholic schools from West LA to the San Gabriel Valley. Her current ministry is serving the community at Immaculate Conception STEM Academy in Monrovia, as their junior high English Language Arts teacher. Her duties include being Vice Principal, assisting with Academic Decathlon, and helping with the school’s transition into the ADLA STEM Network. In addition to her responsibilities at I.C., Miriam is the proud mother of two energetic boys, Jude and Timothy. She hopes to instill her parent’s devotion and commitment to the Catholic faith in her growing boys. 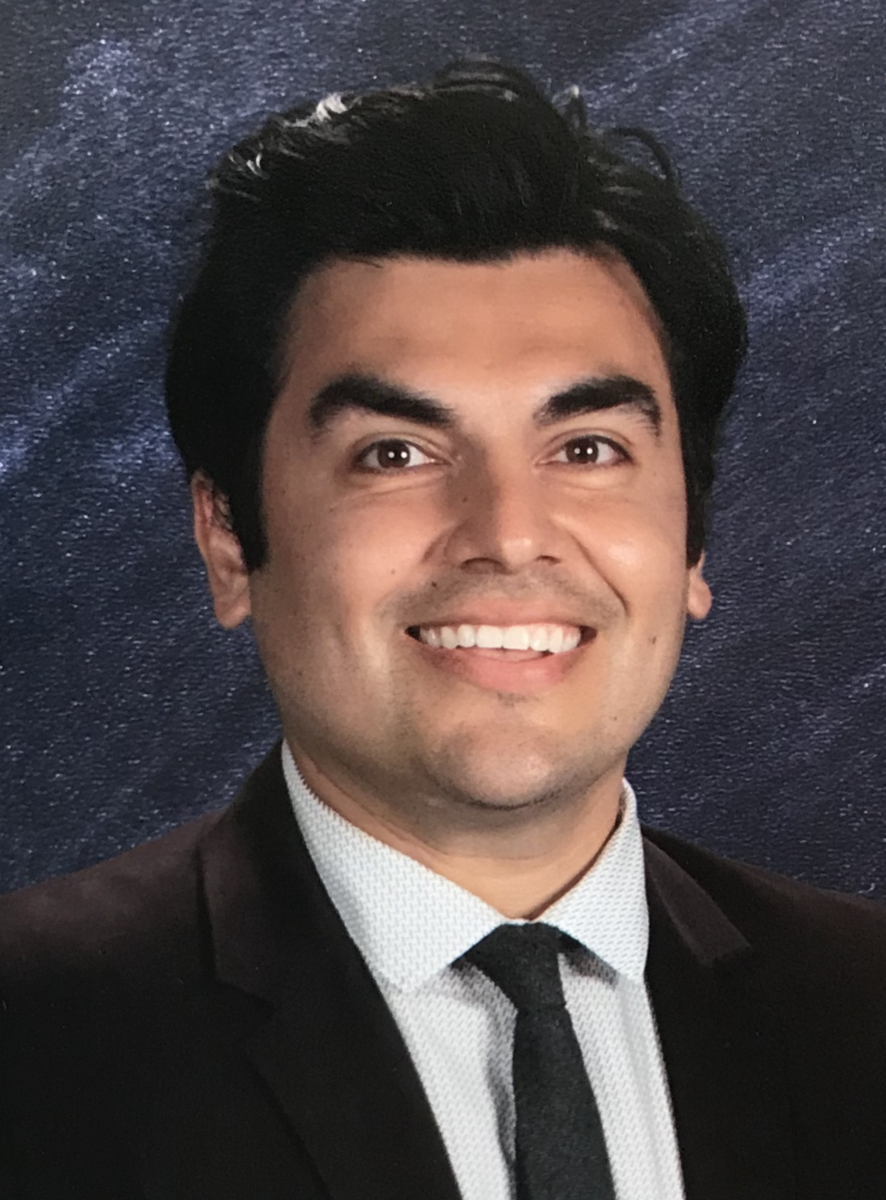 Lionel is originally from El Paso, TX. He became a first generation college graduate with a Bachelor’s Degree in Criminal Justice and Political Science from the University of Texas at El Paso. Understanding the issues of social justice inspired Lionel to explore the field of education. Shortly thereafter, he had the opportunity to become a founding teacher of the El Paso Leadership Academy. This charter school was one of only three charters granted in the state of Texas in 2014. The school was dedicated to working with underserved populations. It focused on teaching leadership qualities to all students, with the ultimate goal of college graduation. Here, he was able to utilize his Political Science background and teach Social Studies and Humanities for three years. Lionel served in many capacities including but not limited to English Language instructor, curriculum developer, lead teacher, facilitator for project based learning, professional development instructor, and teacher recruiter. By 2017, Lionel was also able to earn a Master’s Degree in Educational Leadership and Administration from the University of Texas at El Paso.

In 2018, Lionel moved to Los Angeles to continue his journey and look for more opportunities to serve diverse communities. He began teaching at a private Jewish school outside of Beverly Hills. Here he saw the beauty of community found in a private school setting. Next, he was blessed to get an opportunity with St. Francis of Assisi in Silver Lake. Here, he found his new home. At SFA, Lionel was reminded of all the reasons he first began teaching. He used his teachings to empower students, promote social awareness, and support educational equity. For 2 years, he taught English Language Arts, Social Studies, and Religion in middle school grades 5th through 8th. He also served as Vice Principal of academics, Graduate Profile facilitator, and data analysis leader. He found great happiness in his students’ success. Seeing his students learn and grow through data driven instruction and critical thinking, Lionel felt called to do more.

As an Onward Leader, Lionel is both humbled and driven to serve his community. He is highly motivated to continue his journey in educational leadership. In this position, Lionel hopes to provide students, teachers and the community with opportunities for success. He looks forward to working collaboratively with fellow educators and improving educational outcomes in our schools. 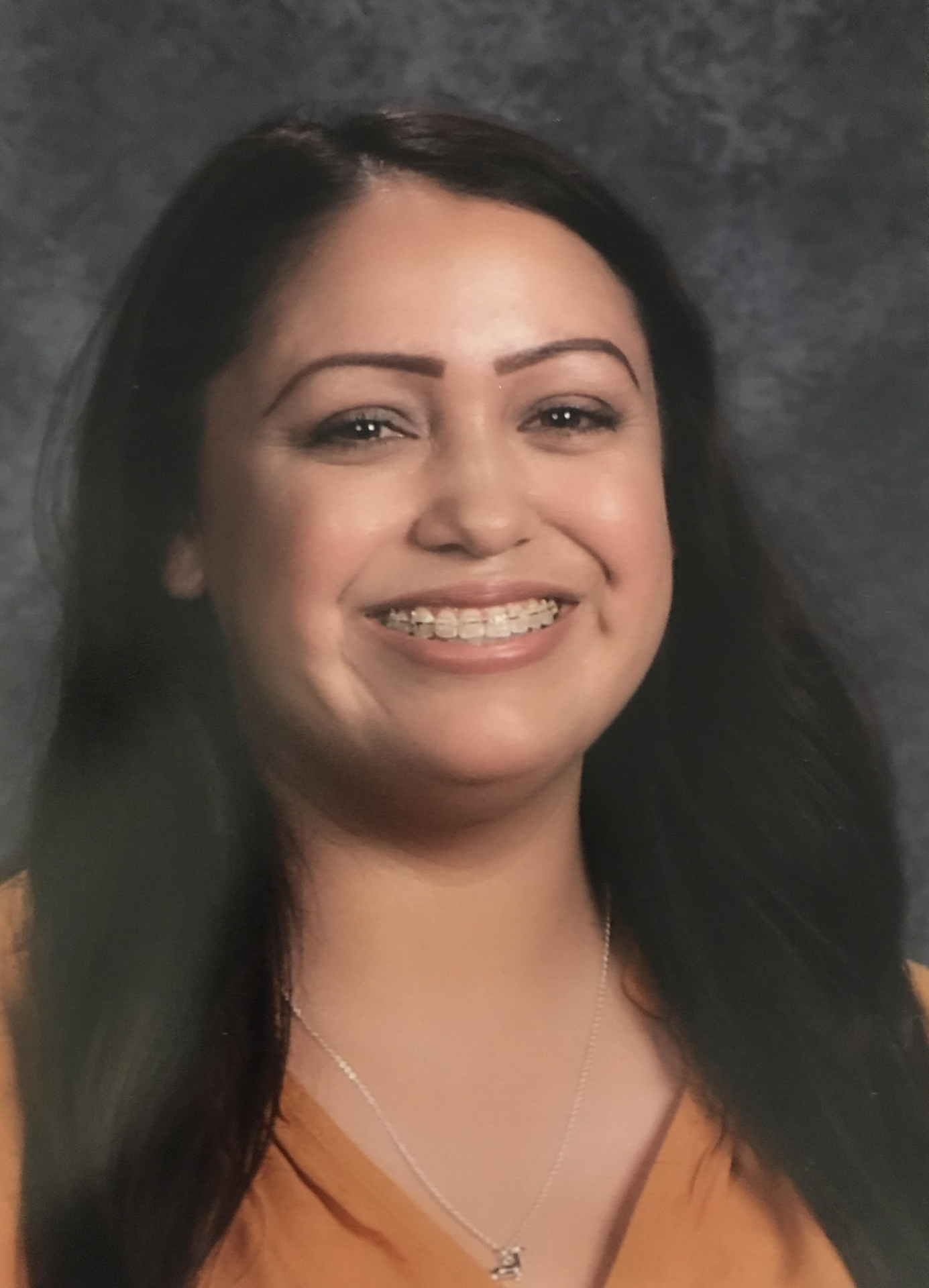 Audrey Blanchette grew up in Montebello, California. She is a product of Catholic Education. She began her Catholic education at Our Lady of the Miraculous Medal School. She continued it at Bishop Amat Memorial High School, where she was a scholar-athlete. She attended Cerritos College for her general education then transferred to Oklahoma Baptist University, where she received her Bachelors of Arts in Strategic Communications. During her undergraduate, she tutored study abroad students in English. She moved back to Montebello, California where she enrolled at University of Phoenix to obtain her Masters of Education, focusing on K-12 Multiple Subjects. She began working as a substitute teacher at Our Lady of the Miraculous Medal teaching Junior High English. That next year, she would begin her teaching career. She has taught three years of fifth grade and three years of second grade. She was also the facilitator of the 2020 student council. She is very eager and honored to have this opportunity to grow as a leader and gain the experience in the Onward Leader Program, Cohort 5. 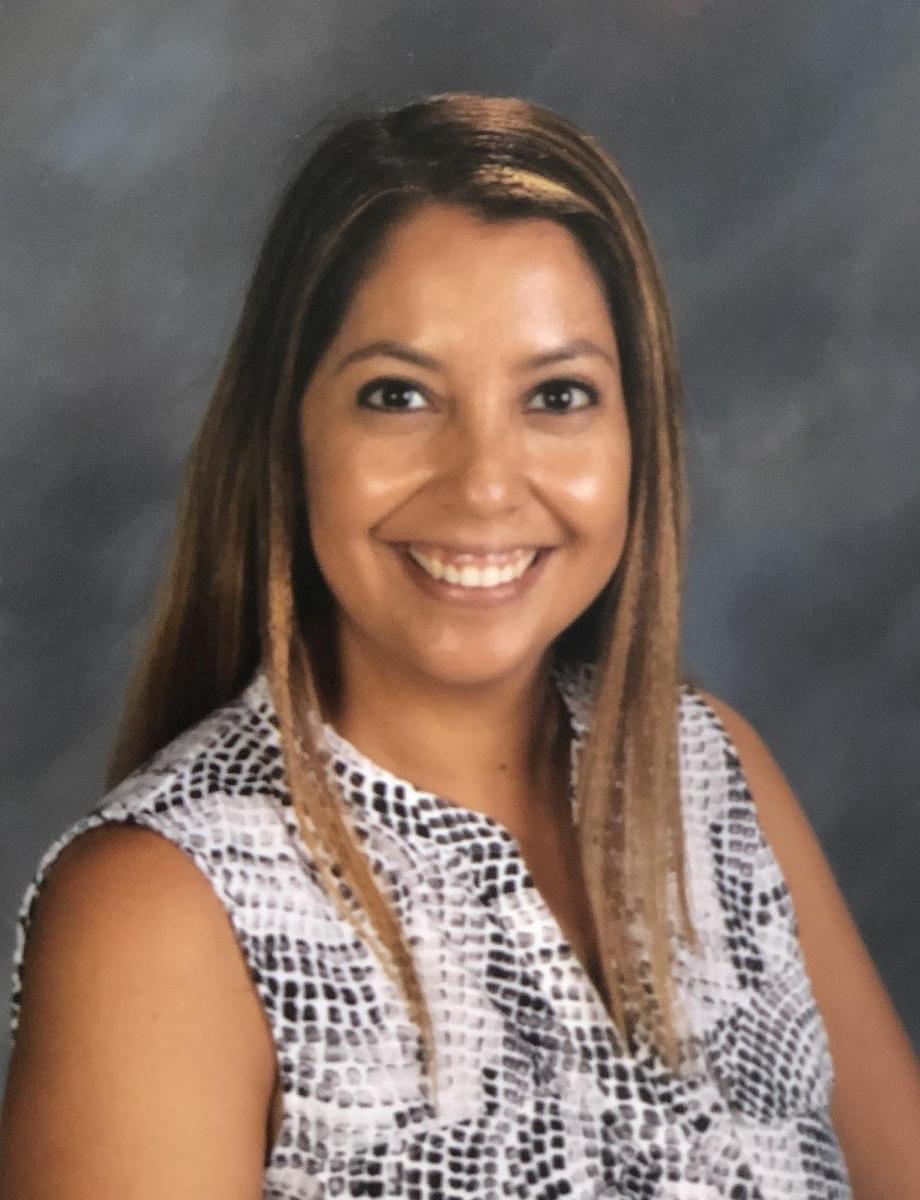 Mrs. Zuno was raised in Baldwin Park, California, by parents who valued parochial education for their children. Her parents worked hard and sacrificed to have her and her two siblings attend St. John the Baptist Catholic School. She is very grateful to the nuns, teachers, and priests, who helped form the person that she is today and is thankful to God that she has the opportunity to work in a Catholic school where she is able share her faith and pray with students.

Upon graduating from Sierra Vista High School, Mrs. Zuno attended California State University, Long Beach, with the aspiration of working with young children. She earned her Bachelor’s in Liberal Studies with a minor in Mathematics in 2002. Mrs. Zuno is a first generation college graduate. Greatly influenced by the principals in her career, she completed her Master’s Degree in Administrative Leadership at Loyola Marymount in 2018 while teaching 5th grade and raising her two sons.

She married a U.S. Marine in the early 2000’s who was stationed in Yuma, Arizona. After taking time off to raise her two sons, she started teaching in Somerton, Arizona, a small impoverished border town. She started her teaching career in first grade, which was challenging because the area was impoverished and most students were English Language Learners. Working in Somerton facilitated a passion for closing the achievement gap for underprivileged and English Language Learners students.

After living in Arizona for eight years, Mrs. Zuno and her family returned to California to be near their families in 2009. She resumed her educator journey with the Baldwin Park Unified School District and St. Frances of Rome as a substitute for preschool through fifth grade. After a few years of substituting she was offered a full-time teaching position as the fourth grade teacher at St. Frances of Rome, where her two sons were attending. At St. Frances of Rome, she has risen to Blended Learning Coordinator and Vice Principal.  Mrs. Zuno also was Interim Principal, which brought her exceptional growth and experience as a leader.

The Onward Leaders Program will empower Mrs. Zuno’s goal of becoming a leader within the Archdiocese to foster growth in the Catholic education. She feels blessed to have this amazing opportunity with the Onward Leaders program and with God’s grace and guidance, she will continue to do His work.