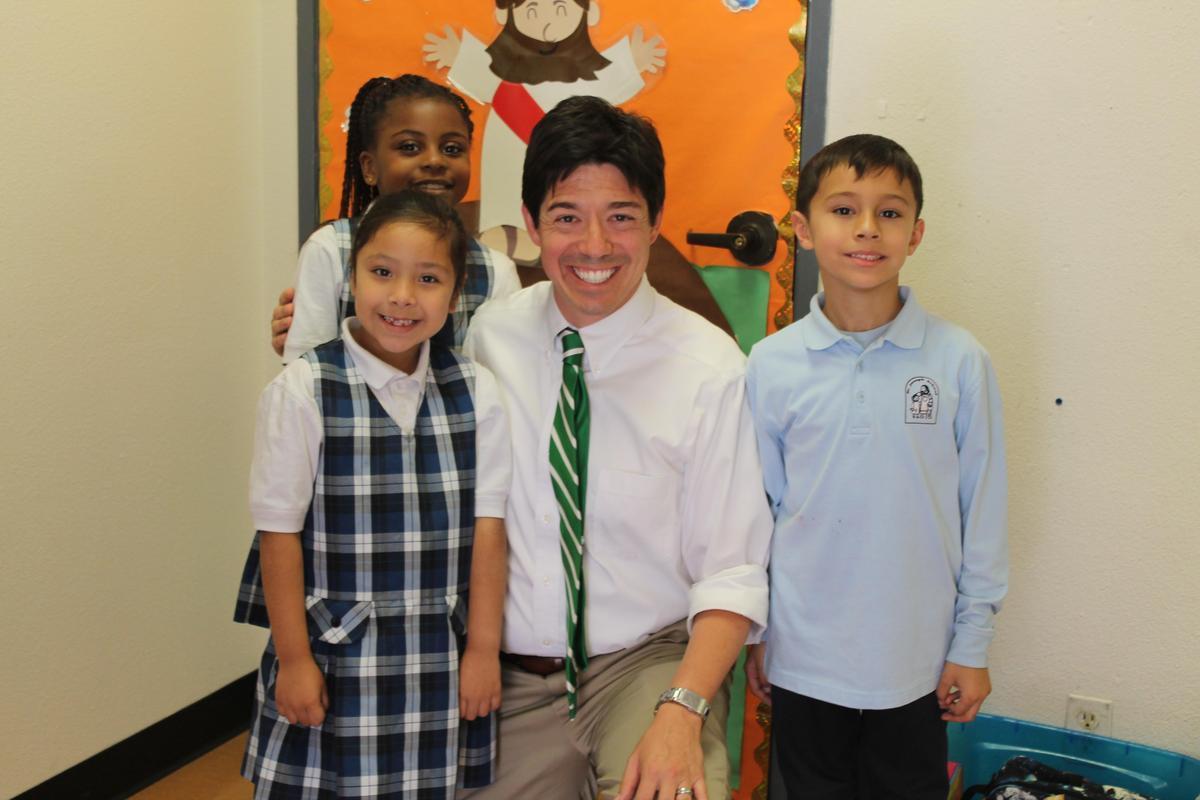 Kevin Donohue is excited to be a mentor principal for Cohort 4 of Onward Leaders.  Kevin grew up in Catholic schools, attending Christ the King and Jesuit High School in Tampa, Florida.  He graduated from the University of Notre Dame and entered the Alliance for Catholic Education (ACE) Service through Teaching program in 2010.  During his two years in ACE, he taught at St. Michael's School in South Central, Los Angeles. Since then, he has served at Notre Dame Academy in San Diego and St. Bernard's in Glassell Park, in grades 3-8.  He was a member of the first cohort of Onward Leaders, spending his year at Saint Anne School, and became principal of St. Joseph School in Hawthorne in 2017. He is happily married and has three children, the oldest of whom is in the Kindergarten at Saint Joseph. He loves cooking, reading, and his Catholic faith.
Ashley Giron
Onward Leaders Cohort 2
St. Jane Frances de Chantal, North Hollywood
St.JaneFrancesSchool.org 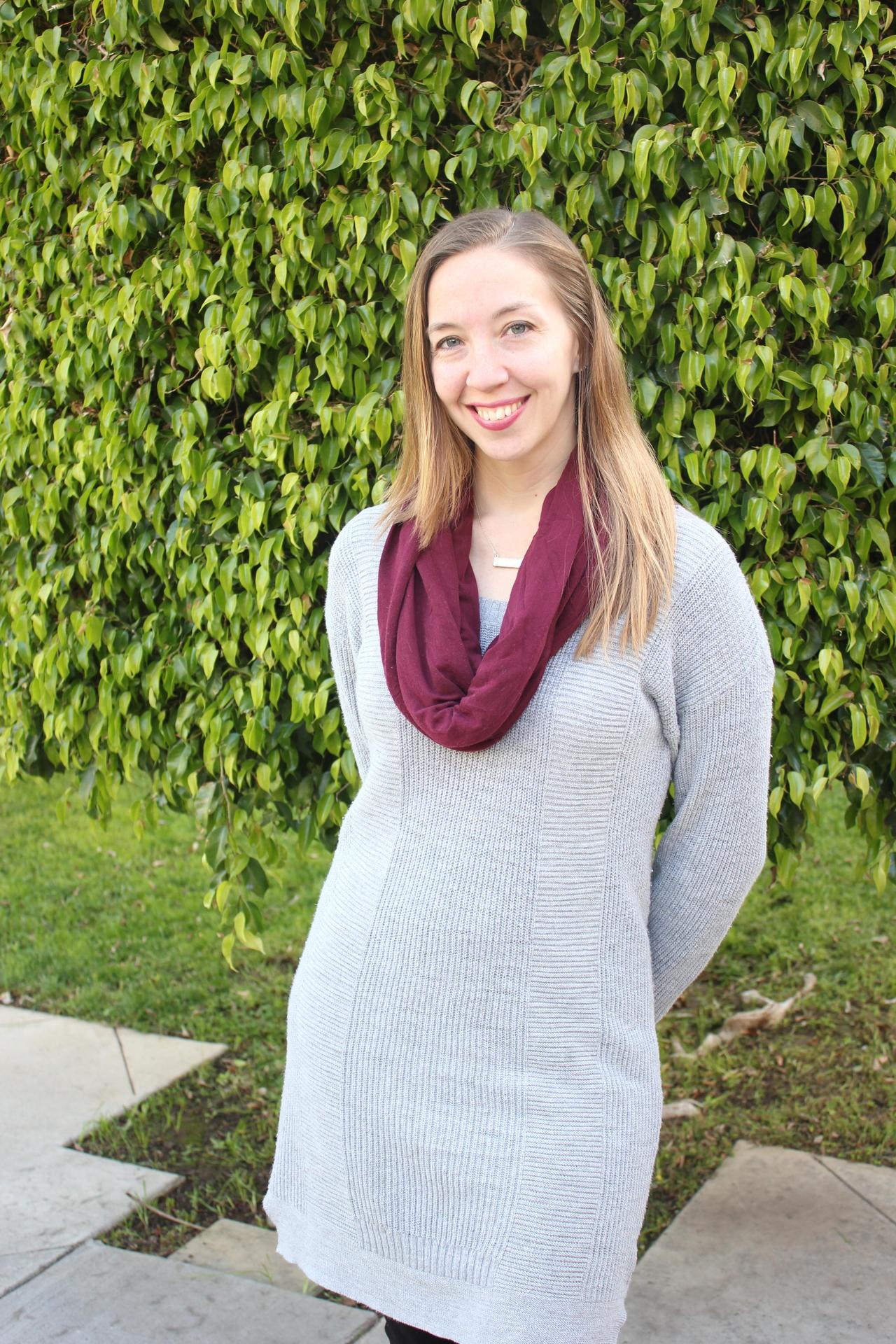 As a resident principal herself in Onward Leader Cohort 2, Ashley Giron is beyond enthused to become an OL Mentor. Ashley was born and raised in Southern California and attended Catholic schools through eighth grade. She received her BA in Liberal Studies and Multiple Subject teaching credential from Cal State University, Los Angeles. After working as a substitute for a year, she found her home at Saint Finbar Elementary in Burbank, CA. She received her Masters in Education with an option in Educational Technology & Leadership in 2016 from Cal State University, Los Angeles. In 2017 she became an Onward Leader Resident at Immaculate Heart of Mary with Allyson Alberto. She learned first hand what it takes to be a successful leader int he ADLA and in 2018 became principal at St. Jane Frances de Chantal School in North Hollywood. Ashley knows what a privilege it is to be chosen as a mentor and is excited about the opportunities this year will provide for her and her community.
Allison Jordan Hurtt
Onward Leaders Cohort 0
St. Raphael School, Los Angeles
straphaella.org 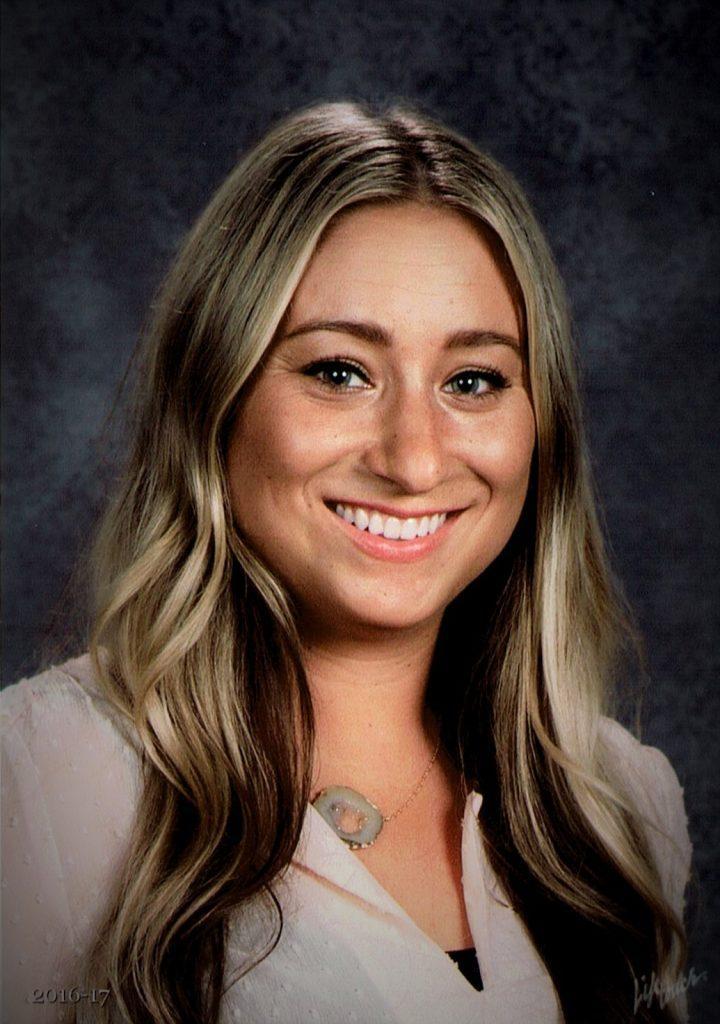 Allison Jordan Hurtt grew up in Pacoima, California, and attended Loyola Marymount University where she earned her Bachelor’s degree in English with an emphasis in writing. She received her Master’s degree in Education and California Multiple Subject Teaching Credential from Loyola Marymount University’s PLACE (Partners in Los Angeles Catholic Education) Corps program where she was placed at St. Raphael School as the fifth grade teacher (2010).


Allison answered the call to Catholic school leadership in 2015 when she became Assistant Principal of St. Raphael School, and later Principal in 2016. The 2019-2020 academic year marks ten years in the St. Raphael School community for Allison and she wouldn’t have it any other way. Currently, Allison is a doctoral candidate in UCLA’s Educational Leadership Program and conducting research on principal retention in the Archdiocese of Los Angeles. She is excited about the opportunity to serve as a mentor principal in a program she believes so much in. Learn more about St. Raphael School and our amazing instructional program by visiting their school's website. 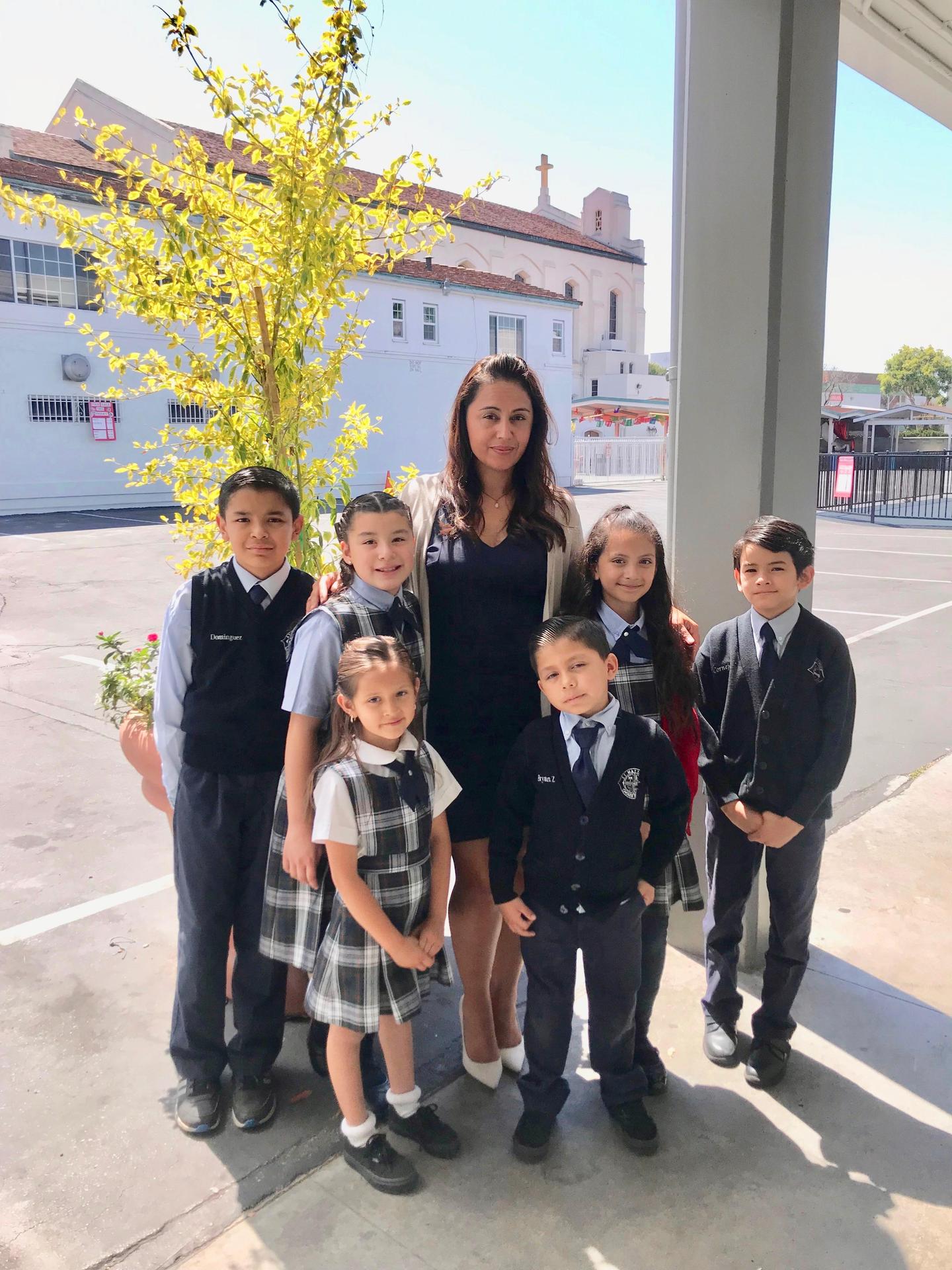 Isela Martinez is happy to be a part of the Onward Leader community, and is overjoyed to serve as a mentor principal for Cohort 3.  Isela grew up in Glassell Park, California. From a very young age she felt she was called to teach. Her passion for Catholic education grew when she attended St. Bernard Elementary School. Isela continued onto Holy Family High School, and then received a Bachelor of Science Degree in Business Administration at DevryUniversity.  After becoming a mother, she decided to pursue her career in education, and obtained a Master’s Degree in Secondary Education at Loyola Marymount University.

Isela began her teaching career at St. Malachy Elementary School in the fall of 2000.  She taught second grade, fifth grade, coached girls and boys volleyball,and served as the student council moderator, among other things.  In the fall of 2007 Isela joined the Salesian High School family. During her time at Salesian she taught History and served as the dean of students for eight years, until she pursued her journey with Onward Leaders in 2017.  After completing the Onward Leader program, Isela became principal at St. Matthias Dual Language Catholic School, where she continues to serve. She looks forward to continuing her mission by serving our Catholic schools, and delivering a quality education to our youth. 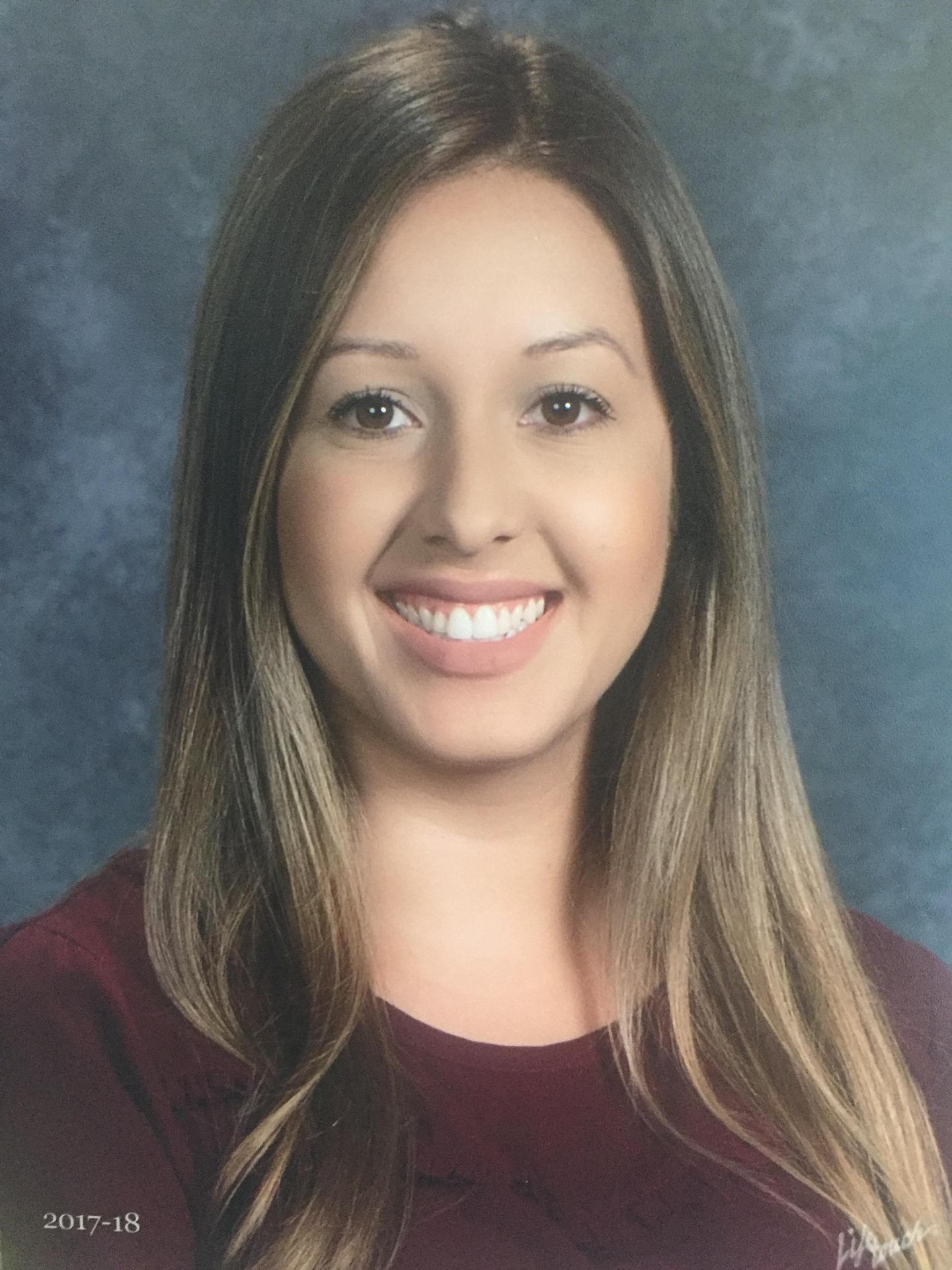 Keeping her faith at the center of all, Karina, then, followed her call into Catholic school leadership and became a part of the first Onward Leaders cohort. Karina completed her year of residency at St. Turibius School and was blessed to also begin her journey as Principal at St. Turibius. Karina looks forward to leading and learning with Onward Leader,  Alejandra Alvarez at St. Turibius. 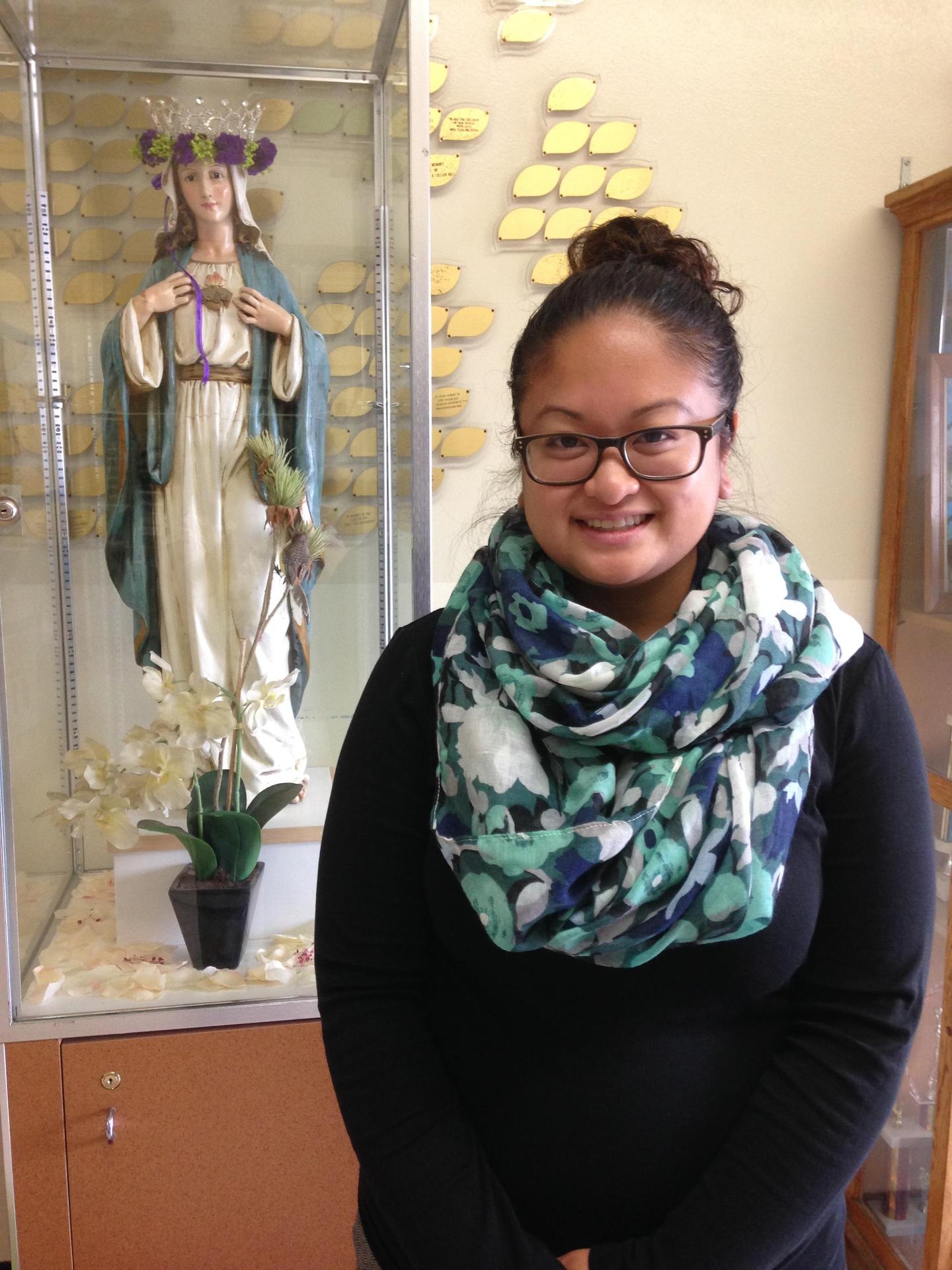 Allyson Alberto Smith was born in San Francisco. As a first-generation Filipino-American college student, she received her Bachelor’s Degree in Communications with an emphasis in Journalism and a minor in Sociology at Loyola Marymount University (LMU). She received her first Master’s at LMU in Special Education as a member of the PLACE Corps Program and a second Master’s (again as an LMU lion) in Catholic School Administration. She was placed at Immaculate Heart of Mary School as a junior high math and science teacher in the PLACE Corps program eleven years ago and is blessed to have continued her ministry here as its principal for over six years. She is blessed to have this be her third year as a mentor principal for the Onward Leaders program, grateful for the opportunity to continue coaching future principals.

Immaculate Heart of Mary Elementary School (IHM) is the hidden pearl in the bustling inner-city of East Hollywood, focusing on faith and moral formation, Performing Arts, Blended Learning, and  Academic Excellence. IHM is home to immigrant and first-generation Filipino and Latino families. Our school has become an institution that focuses on music and performing arts. The IHM choir competed at the World Choir Games and won two silver medals. Some students sang in the soundtrack of the movie, “The Book of Life” and have won many competitions.  Furthermore, the choir recently sang for Pope Francis in Rome, as well as in Carnegie Hall. They will be singing in London this summer. We also offer piano, violin, voice lessons, guitar, and dance after school.

IHM implements Blended Learning, a student-centered structure, in which students are working in centers with technology as a tool to differentiate instruction. With small class sizes, the students each get the personal attention that they need. Furthermore, students are getting accepted to rigorous high schools and later colleges with merit scholarships. The students have placed extremely high in the Academic Decathlon, as well.